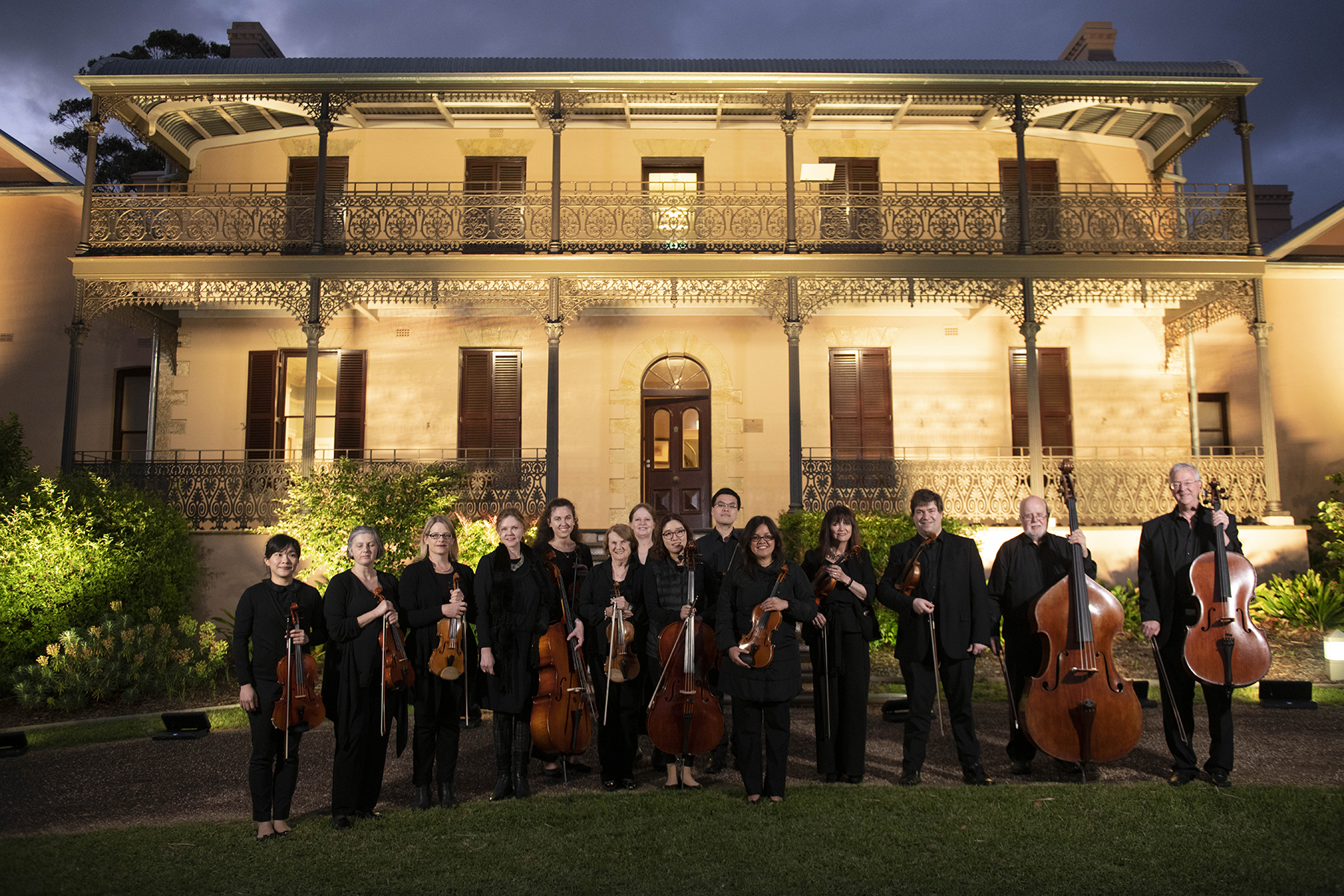 The City of Ryde traditionally holds the Granny Smith Festival as a street festival over a weekend in October, but due to COVID-19 social distancing restrictions the event was transformed to a month-long online celebration. Narrative Post were on board to live stream the half-hour performance at the historic Brush Farm House in Eastwood.
Recognised as one of Sydney’s largest street fairs, the annual Granny Smith Festival is held in the City of Ryde to celebrates the legacy of its most famous citizen, Maria Ann Smith – aka Granny Smith – who ‘accidentally’ grew the green apples which are a household name across the world. This year also centred around the 200th anniversary of Brush Farm House, built in 1820, it is one of Australia’s oldest houses and one of the most substantial houses from the Macquarie period.
When initially planning this event with City of Ryde, we had planned to film a full orchestra on the spectacular front lawn of Brush Farm House, with the house taking centre stage serving as the backdrop. A week before we were scheduled to go live, the temperamental Sydney weather did what it did best and turned on us. From what was meant to be a balmy spring night had now threatened us with heavy wind and rainstorms.

A decision was made to perform indoors, and what we discovered is the natural resonant acoustics of the house were actually perfect to enrich the classical pieces performed by the Ryde-Hunters Hill Orchestra.

While we held on as long as we could to forge ahead with the original plan, it was looking more likely that we needed a Plan B. We teamed up with professional sound engineer Pat Sullivan to ensure we could capture the pristine orchestral sound. A decision was made to perform indoors, and what we discovered is the natural resonant acoustics of the house were actually perfect to enrich the classical pieces performed by the Ryde-Hunters Hill Orchestra.
We had to adapt our equipment logistics to suit the proposed performance schedule, and coupled with some pre-recorded pieces which facilitated on-the-go equipment positioning changes, we managed to execute a three-camera setup for three live performances in two different rooms with only four total cameras! This meant a lot of running around on set during pre-records.
During this rush, as Murphy’s Law would have it, we experienced a slight hiccup with the online stream. A stream key issue coupled with attempted post hijacking and spam posters meant the first 10 minutes of the livestream weren’t displayed to public. Working fast with the CoR events team, we quickly found a solution to the problem and we were back up and running within 5 minutes of the issue being raised.
When the video went live to public, the performance went off without a hitch. The online reception was fantastic and viewers were treated to a mesmerising evening of classical brilliance. The beautiful performance had a solid audience engagement rate and viewership rate – the comments were nothing short of lovely, with beaming praise for the orchestra and sound quality.
Watch the livestream below: